Many of us who live in New York City, as well as those who visit, may not get the chance to visit many of our public parks. I came across this article from the NYC Parks Department and wondered how many other comminities have memorials, to veterans, that are rarely visited.

5 of the Places in Parks that Honor Our Veterans

There are hundreds of memorials honoring the nation’s veterans spread throughout the city’s parks. Here are a few of the memorials we encourage you to visit to pay respect to our soldiers.

Visit our War Memorials in Parks page to find out more about the monuments near you and the battles they commemorate.

This granite and limestone memorial is dedicated to the more than 300,000 heroic men and women of the borough of Brooklyn who served in World War II. Inside are displayed approximately 11,500 names of Brooklyn service members who died during the war.

The Memorial Grove honors local servicemen who fought in World War II, local soldiers who served and lost their lives in the Korean War, and those from the community who served in the Vietnam War. A variety of oak trees (a symbol of strength and endurance) were planted to provide shade and create a tranquil area for reflective contemplation. Bronze plaques dedicated to twenty-one soldiers were placed beneath each newly planted tree. In addition, plaques to President Franklin Delano Roosevelt and to the sons of the American Gold Star Mothers were also dedicated.

This awe-inspiring monument consists of an eagle gazing past eight 19-foot tall granite pylons on which are inscribed the names of the 4,601 American servicemen who died in the Atlantic Ocean during World War II.

The memorial plaza and sculpture honors the forgotten heroes of the Korean War. The bronze sculpture by artist William Crozier consists of a larger-than-life solitary soldier. On a smaller scale behind him are the silhouettes of five soldiers carrying a stretcher and scaling the dangerous mountain terrain of Korea. The plaza surrounding the memorial has two types of granite paving stones that are laid in an asymmetric pattern symbolic of the rice fields of Korea. Prairie grass, which is native across the U.S., grows at the base of the sculpture and represents the soldier’s return home.

This statue honors the local soldiers who served in the Spanish-American War. Depicting a foot soldier dressed in military fatigues, with a rifle slung over his shoulder, the image is derived from the long marches that the infantry endured in the tropical Cuban climate.

Learn more about The Hiker

I am an educator who has worked in Woodstock NY, Rhinebeck NY, Salisbury CT and who has lived in Rhinebeck, Wilmington NC and New York City. I have been interested in photography since the '60s. I enjoy walking as a hobby and have taken quite a few pictures during these strolls. I share some of these adventures on thombradley.org or www.thombradley.wordpress.com. In addition, I share photographs from my collection on thombradley.org or www.thombradley.wordpress.com View all posts by thom bradley 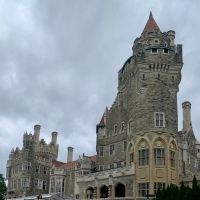 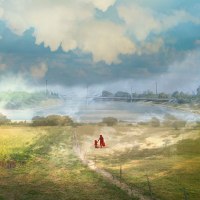 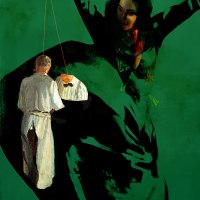